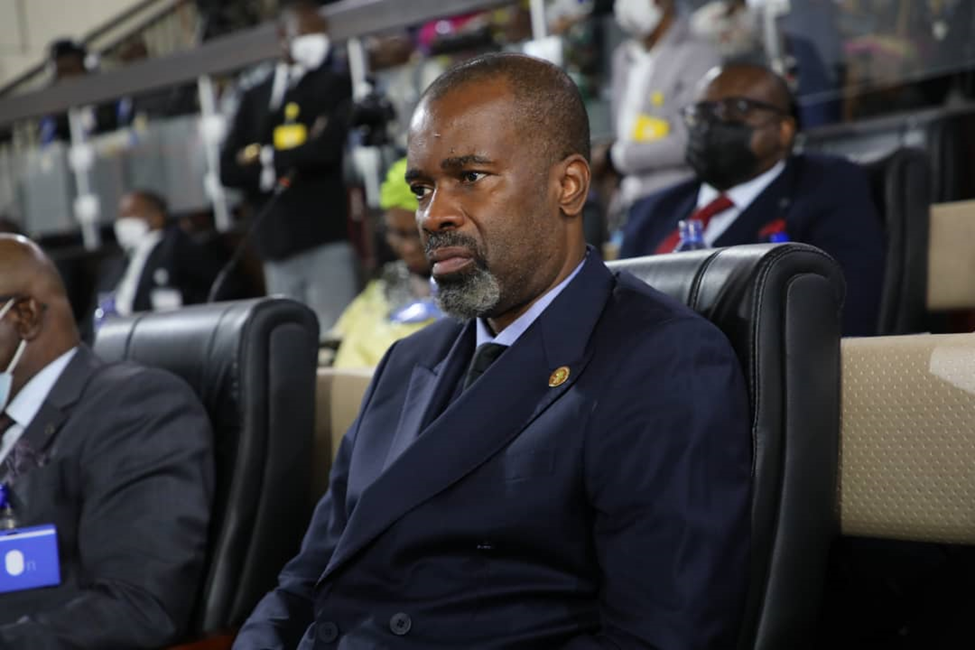 Few would have known him by now. Claude Ibalanky Ekolomba accomplishes a lot under the wings of quietness. There is nothing hazardous between organizational acumen, professional well-being and self-satisfaction for a job well done. Since 2013, the year of the signing of the Addis Ababa Framework Agreement which the National Monitoring Mechanism stems from, a summit of this magnitude has never been hosted in DRC as recently. From 24 to 25 February, 2022, the Coordinator of the NMM-National Monitoring Mechanism, His Excellency Claude Ibalanky Ekolomba has dealt with logistics pertaining to the hosting of the summit. He achieved a lot untoward. He was distinguished by the liveliness of his involvement and the acuteness of his mastering in delving into nitty-gritty relating to the event to reevaluate the Framework-Agreement.

Among stakeholders, 7 of 13 signatory countries of the Addis Ababa Framework Agreement, the guarantors as well as the observers, were invited to attend the summit at la Cite de l’Union Africaine,  which took place on the aforementioned dates, under the auspices of the MNS-National Monitoring Mechanism. This democracy support body plays a leading role in harmonizing relations with CPGL countries, faced with warring incursions by armed gangs. For a long time, it was the Ground Zero of tensions that ignited the sub-region. It is in this context that the Framework Agreement was signed under the auspices of the UN, AU, SADC and ICGLR. It had emerged and viewed as necessary to deal with endless accusations,  with no proof sometimes, by some against the others on the repetitive aggressions of certain states against the others, as well as hosting of evil forces by  countries to providing bases with the aim of launching attacks against countries in the region with the purpose to destabilize them.

The golden eagle, Claude Ibalanky, is considered to be amongst President FATSHI’s faithful; he is the NMM Coordinator since march 2019. He carries out duties with determination and certainty, and fulfills the missions with flying colours. Most of his fait accompli are known to professionals like him only and the State President. Ordinary people are left wondering about his true prerogatives, duties and missions.  Ibalanky stand to be a real mole who perfectly masters the workings of secret diplomacy, the results of which do often bear his signature. He attends the State President’s meetings and his stealth method is   a formidable weapon at his disposal. No wonder the rationale behind  his labeling as a CIA, Mossad, MI5 or even DGSE agent, especially through his realizations that do appear to be dull and inert on the surface, but sufficiently effective in terms of results. Ibalanky is the architect of the DRC eastern part pacification process. The implémentation of the state of siege was not proclaimed ex nihilo by the President of the Republic, without due diligence and other feasibility studies having been undertaken for its deployment. Ibalanky Ekolomba, this scholar of political diplomacy has been heavily involved in reaching the level of peace DRC is enjoying currently, though his methods that are deceitfully nonchalant, and sometimes taciturn.

As part of the recent summit hosted by the DRC at la Cité de l’Union Africaine, Claude Ibalanky and his NMM team worked tirelessly to ensure that the summit is free of hiccups, uncertainties or lack of proper coordination. Ibalanky had already demonstrated his prowess as a negotiator alongside FATSHI while the latter was President of the Rassemblement (Rally). Claude used his range of networking around the world to bring the President in contact with decision makers, and other presidents around the globe. As for the preparations for the summit in February, he left no stone unturned; he kept an eye on summit procedures to avoid hazard of any kind whatsoever, which would compromise safety of dignitaries and delegates. Claude Ibalanky Ekolomba performed tduties conferred upon the Minister of Foreign Affairs. He oversaw contacts by foreign delegates with Congolese immigration, airport and port services in order to make their arrival, stay and departure as safe and hassle free the best way possible. The same goes for the security system arsenal put in place for the state’s guests; duties falling within the prerogatives conferred upon the Ministry of Interior that Claude wanted to fulfill within the framework of this summit.

Negative and hatred tweets were posted regarding dignitaries attendance. DRC wellbeing enemies had already jumped the gun to announce the non-participation of African heads of states, prime ministers and delegates from signatory countries of the Framework Agreement. They were bemused to notice that His Excellency Claude Ibalanky has dealt with grassroots details regarding their attendance. Beside DRC President Félix Antoine Tshisekedi Tshilombo, six other Heads of States attended the summit, including his Excellency YoweriMusevi Kaguta of Uganda, who handed over the baton to President Tshisekedi as the new chair of the NMM, let alone the powerful Cyril Ramaphosa, the President of the Republic of South Africa. Yet within the government, the Minister of Foreign Affairs who hails from the ranks of the Ensemble, DRC opposition political party, within the Union Sacrée (Sacred Union) of the Nation, should have fulfilled the arsenal of prerogatives which Claude Ibalanky made his own. This is the ubiquitous concern of seasoned professionals who adjust their intellect to think swiftly at 180 degrees range, like an owl whose sharp eyesight looks at everything and everywhere within its radius of activities. That is Claude Ibalanky Ekolomba, a professional whose monitoring skills and talents are meticulously second to none.  At a time when the Head of State entourage is embroiled in shady deals, incompetence and lack of trust, Claude does marvelously well to extricate himself from these shenanigans which languish the reputation of the DRC State President, and annihilate the visibility of his actions for the betterment of Congolese standards of life.

It emerges from the above that despite the presence of unfaithful personnel in the vicinity of the President of the Republic, and the fact that some of the fruits in the bag have gone off, it ought to be clarified that the remainder is free of contagion nauseating putrefaction smell. Claude Ibalanky demonstrates through his many accomplishments that he is a man of exemplary humanity; this professional leader has a proven vision and experience in business, politics, economics and diplomacy to be the next important state authority in the DRC. These accolades do make him a sui generis lieutenant, but one who is fond of high strategy techniques. The lifts he brings to sustain and perpetuate President Fatshi power do not go unnoticed. The boulevard of government opportunities is open for him to be appointed Minister or CEO of one of the state owned companies in the near future. Claude Ibalanky Ekolomba is one of the few distinguished leaders with clear vision statement about Congolese needs and desires  that he genuinely would love to better. It is indeed his way of doing things that sets him apart from his peers and calls for lust unjustifiably. Watch the space! Only time will tell!