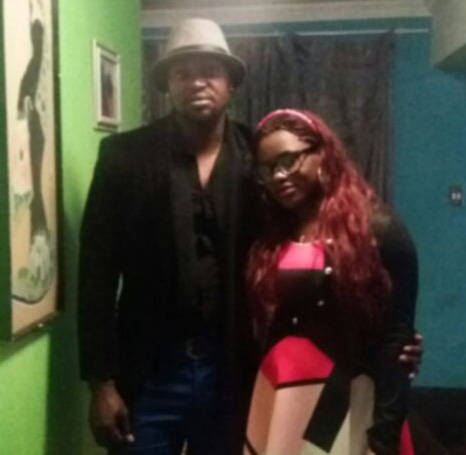 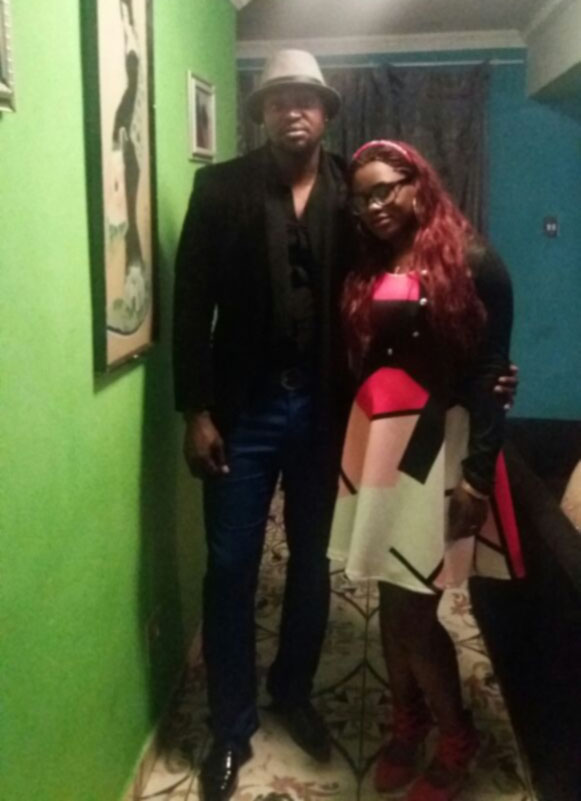 A major scourge is spoiling post-apartheid South Africa’s image in the international arena: xenophobic violence. Since it firstly struck in 2008, this beast has been carrying on unabated its ravage amongst immigrants living in South Africa, targeting mostly foreign nationals from other African countries (thus the term ‘Afrophobia’), and regrettably claiming lives and livelihoods in their midst. It compounds the misfortunes of the black race in the 21st century: it adds the hatred and violence of the Black South Africans against Blacks to the postcolonial tribal politics, and the old slavery and colonialism.

Mr. Andre Sebastiao Ngodi and his family have experienced all the above contemporary misfortunes. He was victim of tribal politics in his native Republic of Angola. He testifies:

“My streak of security bad luck started in my native country, the Republic of Angola. In 1993, I was victim of tribalism politics by the regime of President José Edouardo dos Santos. Being Nékongo, we were for long discriminated and marginalized because of the affiliation by many of us to political movements, notably the FNLA and the UNITA, which had waged armed rebellion struggle against the MPLA in power since the independence. Indeed, as you know well, in motherland Africa political parties are tribal; and if you disagree with the official position of the party whose membership majority is made by your tribesmen, you face the risk of being punished and stigmatized even by your own family. To our marginalization were added other unfortunate events: the rejection by the UNITA of the ballot results—following the proclamation of Dos Santos as the winner of the 1992 presidential election—and the decision by Dr. Jonas Savimbi, UNITA leader and challenger in the election, to return to the scrubland and to resume the civil war.

However, Afrophobia in South Africa, according to Ngodi (and this media outlet agrees) is the worst thing to happen to an African person. For tribal politics in Angola since the country’s independence on 11 November 1975 up to the tragic death of Dr. Jonas Savimbi in 2002 was a sign of the then backwardness and immaturity of the Angolans before the dawn of democracy, a relic of the Cold War. What is happening in South Africa?

The first wave of xenophobic violence targeting Blacks from the rest of Africa commenced in May 2008. Black South Africans falsely claimed that their fellow Africans were in the country “taking over our jobs and our women”. According to a report by Jonathan Crush, Director of the Southern African Research Centre at Queen’s University, “62 people were killed during the May 2008 xenophobic attacks across South Africa”[1]. They include Mozambican national Ernesto Nhamuave who was beaten and burned to death in Ramaphosa informal settlement, East Rand, and whose burning picture shocked many across the world. Mr. Ngodi, who was working in the same area, precisely at Tembisa Plaza Trading Centre, was not spared. He reports that “a group of black South Africans punched me with a series of blows at my workplace, where I was labouring as a security guard. Nevertheless, I could quietly carry on with my life after this first wave of xenophobic violence, which brought shame to the Land of Nelson Mandela, subsided.”

Ten years later, Mr.Ngodi and his family were victims of the latest wave of xenophobic violence. He testifies: “On Sunday, 21st of January 2018, while I was on meeting, my wife was attacked at her workplace (a beauty salon) in Pretoria West. And the same day, later at night, we were visited at our abode located in Muckleneuk, near the capital’s CBD, by 6 male bandits, including one living in our neighborhood. They bombarded us with insults, such as ‘Indja’ (meaning dog) and hate speech such as ‘Buyelaezwenilakhomakwerekwere’, meaning “go back to your country, foreigners”. We then were forced to flee to Johannesburg. Furthermore, it seems the attack was not limited to xenophobic sentiments. It was also motivated bypolitics: I was active in a company designated BANAFRICA FOREIGN LANGUAGES SERVICESin South Africa, where I worked as an interpreter; and my task was to care, in interpreting, for the rights of the downtrodden, the immigrants and refugees in particular. Subsequently, added to the prevailing xenophobic mood in the country, this did not end well with the ANC leaders at the local level, who believed I was too political. I even received death threats.” The violence was triggered by irresponsible statements from government officials that condemned non-national Africans, who in fact are scapegoats, for certain social ills hitting the country: crime, illegal business, unemployment, etc. Most officials remarks were sheer demagoguery, made in the context of electioneering towards the forthcoming ANC 2019 general polls. Moreover, between 2008 and 2018, sporadic xenophobic attacks were recorded, mostly against foreign shop owners, which resulted in loss of lives and looting, plus the major wave of xenophobic violence of 2015, which was triggered by another irresponsible remarks made by King Zwelitini of the Zulu nation, calling non-national Africans “parasites” and “lice” that must leave South Africa. Again this wave of violence claimed lives and livelihoods.

Therefore the international opinion vigorously condemns South Africa for deliberately harboring xenophobic sentiments towards fellow Africans. We denounce the fact that these feelings endangered the lives of Mr. Ngodi, his wife and children, forcing them to find themselves at the end of their rope. Initially, this family fled their country of origin to seek refuge in South Africa. The goal of finding peace and living life without constraint turns to the disparaging spectacle that puts the family still in danger. The place of refuge has become the place of oppression. We denounce the hypocrisy of the ANC-led government. On the one hand, since the dawn of democracy in 1994 and under the impulsion of then President Nelson Mandela, Pretoria had opted for the consolidation of African unity and the promotion of democracy and human rights across the continent as a token of thanks to African peoples who rallied behind the ANC and other South African liberation movements in the anti-apartheid struggle. This option culminated under President Thabo Mbeki into the African Renaissance agenda. On the other hand, it is flabbergasting that South Africa under President Jacob Zuma and his successor Ramaphosa, by allowing the beast ofAfrophobia to rear its head unabated, has stooped too low, dismantling everything the previous administrations had built within pan-African perspective, and reducing the glorious liberation movement to a mean machine that sacrifices the lofty pan-African ideals on the altar of demagoguery and cheap electoral scores.

In conclusion, Pretoria must keep in mind the following: the post-Great Recession era shall be characterised by a merciless competition between the major blocs, North America, European Union, Russia and China, for global hegemony, and by the end of South African exceptionalism and the imperative for the Southern African nation to forge a historical bloc with the rest of Africa so as to survive the global rivalry. African unity is a matter of life and death.  We hope when Mr. Ramaphosa becomes the president of the country after elections in 2019, he will be consistent in addressing grievances that are in line with human rights and seek unity among blacks in South Africa. Mr. Ramaphosa will have a big responsibility to provide a leadership that will pave a way to trust, cohesion and mutual understanding between black South Africans and foreign national from African countries. In projection to further developments, African leaders and civil organisation must keep pressure on South African government in ensuring the safety and respect of human lives especially of foreign nationals.

[1]GoolamVahed and Ashwin Desai, The May 2008 Xenophobic Violence in South Africa: Antecedents and Aftermath, January 2013. https://www.researchgate.net/publication/270051073_The_May_2008_Xenophobic_Violence_in_South_Africa_Antecedents_and_Aftermath