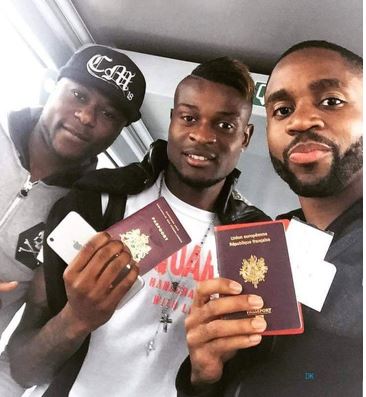 The election of Madagascan Ahmad Ahmad as CAF President sounded the bell for FIFA tutelage over CAF, dwindling its authoritative capacities to become a FIFA Overseas Department. The Swiss duo of Veron Mosego and Gianni Infantino are constantly vilified – one as CAF general secretary with the latter FIFA president. It tends to be positively confirmed that infantilizing Infantino has finally waived under the doormat the infinitesimal independence of the Confederation of African Football it once enjoyed. A holistic sentiment widely spread across the continent, including football pundits worldwide. The makeover that took place in Morocco in March 2021 culminated in a new leadership at CAF headquarters in Cairo, with its share of issues and challenges, among which, the appointment of Veron Mosengo Omba as new secretary general of the continental football managing body, CAF. However, the appointment was marred with the revelation of Veron Mosengo Swiss citizenship; he holds a passport issued by Swiss authorities. No candidate other African countries’ citizens shall be nominated or designated to fill this executive post. Regardless of their plurinationalty, Africans are the ones to be in this position as long as they remain African and the constitution of the applicant’s country allows it. In Veron’s case, as a Swiss, he is, by law, prohibited from serving in the establishment of this institution by virtue of his non-African statute and sit in CAF’s decision making committees. There is no doubt that Veron Mosengo is born in the Democratic Republic of Congo, and dual citizenship is not a legal provision to go by because DRC citizenship is Unique and Exclusive; whomever acquires a foreign citizenship, loses it. Its recovery is permitted subject to legal terms and conditions stated herein.

It is essential to ask how would a Congolese of “origin” who has acquired foreign citizenship and no longer lives in the DRC poses a threat to community coexistence by retaining or recovering its natural citizenship with no legal hiccups and hindrances. Not only is this reason not sufficient to deprive him of his Congolese citizenship but, moreover, this rule no longer seems to correspond to the reality of DRC society. In 2018 presidential election in the DRC, Ms Marie-Josée Ifoku and Mr Noël Tshiani Mwadiamvita had their candidacies validated for the same while Marie-Josée holds Canadian citizenship and Noël Tshiani an American one, and these revelations were known to the CENI (Commission Electorale Nationale Indépendante – National Independent Electoral Committee). Obviously their applications were non-compliant with the provisions of  Article 72 relating to criteria to run for president and Article 102 dealing with members of parliament election, but they were still permitted to stand for president in the ballot. Illustratively, it is pointless to bring up similar cases which are abundant and self-explanatory. The issue about Veron Mosengo’s dual citizenship has become obsolete with no substance to sustain its rationale. The current Head of State, His Excellency Félix Antoine Tshisekedi Tshilombo has already stated, in many respects, that dual citizenship should be recognized in the DRC legal framework. Voices are raised to demand the irrevocability of Congolese citizenship. Once a Congolese – always a Congolese! One remains so notwithstanding the number of foreign nationalities one may have acquired. These wishes wait to be cast in draft or bill of laws and tabled in Parliament for feasibility studies, discussions, opinions and considerations, for ratification into laws before the President of the Republic signs an ordinance for enactment.

Double standard strategy on the prohibited dual citizenship in DRC legal system! In this picture, football players Cédric Bakambu and Jeremy Bokila proudly display their passports issued by the French authorities; so they are French and Congolese at the same time! The sporting citizenship advocated by FIFA is not interpreted in the same way as the prerequisites of the Congolese Constitution which, for its part, enshrines the sacrosanctivity of exclusivity and uniqueness. It amounts to indicating that FIFA “Binationality» shall meet legal instruments’ provisions inherent to Congolese citizenship. By playing for the DRC national team, these players would violate the constitution. Sporting citizenship would better meet the aspirations of countries that accept dual citizenship or more, such as South Africa, and some African countries. Accepting it in a country like DRC would call upon redrawing the scope of this topic applicability field. As long as foreign players play for the DRC Leopards in the name of “binationality”, while retaining their foreign citizenships, Veron Mosengo Omba is in any way near the breach of any legal instrument, texts and the constitution. He is allowed to take it easy because he did not act outside the law, though the law remains taciturn on the matter nonchalantly.

Article 10 of the Congolese Constitution stipulates that Congolese citizenship is unique and exclusive. However, in February 2017, a three-month moratorium was adopted to allow time for various personalities to decide. To this day, this moratorium has still not been lifted. This moratorium was the result of a general finding of failure by local authorities in  DRC after they had noticed that institutions were riddled with people holding dual citizenship or more, while they constituted the decision-making corps  within the very institutions. This was the justification sustaining the decision taken by the then Speaker of the Parliament Lower House, Vital Kamerhe, to adopt this moratorium, the measure of which has unfortunately never been lifted because many find themselves in the very same position as Verron Mosengo. Why make Veron Mosengo the plague sick animal? This is the responsibility of regulations and legal instruments which are a double-edged sword depending on whether they settle the objectives of some.

The issuance of Diplomatic Passport to the Secretary General of the Confederation of African Football, Mr Veron Mosengo Omba meets the prerequisites of article 8 of decree No. 07/091 of October 16, 2004 regulating the issuance of passports in  DRC, and gives the possibility for the Head of State or his Delegate to order the issuance of a Congolese passport to anyone who defends the interests of the Republic abroad. Here is the layout of this article:

“For reasons know to the State, the President of the Republic or his Delegate may expressly order the issuance of a diplomatic, service or ordinary passport to anyone of Congolese or foreign citizenship, not included in Articles 4,5 and 7 of this Decree provided that the latter is called upon to defend the interests of the Democratic Republic of Congo at the level of international organizations abroad ”.

Isn’t CAF an international organization enough based abroad so that the Congolese state is entitled to issue Veron Mosengo with a diplomatic passport from DRC on top of his Swiss nationality, so that he enjoys this privilege? It is rightly so that Veron Mosengo is entitled to a diplomatic passport as a Congolese Senior Executive with the rank of Director working within an International Organization such as CAF in conformity with the provisions of Article 4 of the Decree n° 04/091 of 16 October 2004.

It should be noted that for most members of the Congolese diaspora, it is advantageous to acquire the citizenship of their host country for administrative, professional, fiscal and social integration purposes. Economic doldrums and conundrums plagued DRC economically and politically, with no possibility for young university and college graduates to find their way through, giving rise to a massive exodus by a good number of its citizens, seeking well-being under foreing skies. It is believed that more than 8 million DR Congolese have sought and found green pastures elsewhere, becoming the main source of income for families and communities left behind. Their financial endeavours do, too, play a non-negligible part in the DRC national budget, by repatriating funds back home to enhance the purchase power.

On the other hand, if Veron Mosengo wishes to renounce his Swiss nationality in order to recover his DR Congo citizenship, he will be requested to comply with the provisions of Act No. 04/024 of 12 November 2004 relating to Congolese citizenship, especially in its Article 34, which provides for the following provisions:

Any declaration with a view to acquiring, renouncing or recovering Congolese citizenship, in cases provided for by this Act shall be compliant with the following requirements:

Although drafting of acts related to citizenship is not yet in place, for its amendments, DRC economic situation no longer allows for the exclusion of a certain fringe of the population under the pretext of binationality or plurinationality, to safeguard the uniqueness and exclusivity of Congolese citizenship. The Congolese context requires the experiences of all Congolese, including those who have acquired one or more foreign  citizenships. The case of Veron Mosengo is necessarily sufficient proof of the incorporation of capacities for better representativeness, but in a globalization, despite ambiguous ambivalences noted in the Congolese legal arsenal. Issuance of Veron’s diplomatic passport is not illegal in no way linear.